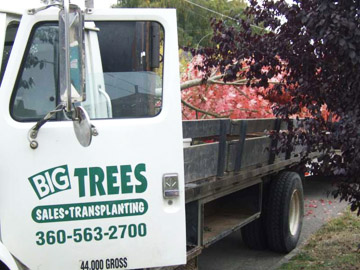 The ginkgo tree (Ginkgo biloba) is considered a living fossil and possibly the oldest living seed plant. It has remained unchanged for over 250 million years. Initially thought to be extinct, the tree survived in China where it was cultivated by Buddhist monks and spread by seed to Japan and Korea. Engelbert Kaempfer, a German naturalist and physician, brought Gingko seeds to Europe in the early 1700s. It is viewed in the East as a symbol of peace, hope, longevity and resilience.

In the category of deciduous conifer trees, the deep-rooted ginkgo can grow over 100 feet tall. Some have been known to live as long as 3000 years. Young ginkgo trees are tall and slender. As the ginkgo grows, it develops an angular crown with irregular branching.

The tree’s green leaves, which turn golden or bright yellow during the fall, are fan-shaped with two lobes and radiating veins. Most leaves are 2 to 4 inches in diameter, although some can grow up to 6 inches long. Ginkos are often called maidenhair trees in reference to the maidenhair fern and leaf similarities.

Female trees produce fruit – seeds that emit a foul odor when they fall to the ground and split. For this reason, most big tree suppliers sell male trees, which are fruitless. It takes both a male and female tree to produce the fruit.

The Chinese name for gingko means “silver apricot” due to the appearance of the fruit which looks like apricots dipped in white flour. It is also called the grandfather-grandson tree. Grandfathers in China plant the tree for their grandsons. By the time the grandson is ready to marry, the tree will have started bearing fruit for the grandson to pick.

Despite the smell, the edible ginkgo nuts are considered extremely tasty. The jade green nut is used in soups and rice dishes. Gloves should be used when preparing the nuts to prevent allergic reactions due to Gingko biloba hypersensitivity. Only a small quantity of nuts should be eaten at one time.

Gingko also has medicinal uses. It has a long history of treating blood disorders and improving memory. It is also believed the nuts can help prevent degenerative brain diseases such as Alzheimer’s. Studies show that the leaves have antioxidant properties that fight free radicals. A free radical has at least one unpaired electron and is considered very unstable and extremely reactive. Free radicals damage cells and are believed to speed up the development of various age-related diseases as well as cancer.

Ginkgos grow well in sunny areas with sufficient water and drainage. Their deep root system makes them resistant to damage from wind and snow. They also have excellent resistance to pests and disease. A ginkgo tree will grow in almost any type of soil, including sand, loam and clay.

One of the best times to plant a ginkgo is in the spring. Growth during the first few years will be slow. Tree maintenance is fairly easy. Make sure your ginkgo has sufficient water and cut off any branches that cross each other. Pruning should be done during late winter or early spring.

The ginkgo is a beautiful ornamental tree with a rich history. If you want to plant a ginkgo, consult an expert in big trees or big trees specialist who can tell you more about the ginkgo and big tree maintenance.

Nancy Penrose is owner of Big Trees Inc. (http://www.bigtreesupply.com) in Snohomish, WA, one of the largest Seattle tree nurseries (see inventory at http://bigtreesupply.com/sales-inventory/), specializing in tree transplanting. See our video at https://www.youtube.com/watch?v=zpactBDUPmQ