SNOHOMISH, WA: Big Trees Inc., (https://bigtreesupply.com/), a tree sales and transplant company in the Seattle area, had an opportunity to transplant memorial trees out of the way of street expansion work this winter. 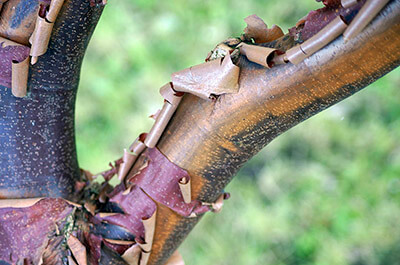 Big Trees received a standard transplanting request from a contractor involved with a section of street work where the street was being expanded. There were three Paper Bark Maple trees that were around five to seven inches in trunk diameter and the contractor wanted to know if the trees could be moved to a different part of the property. These trees were 12 feet tall and once properly dug into root balls would weigh around 1200 pounds each.

After reviewing the trees, their current location and their new location, including the existence of nearby underground utility lines, it was decided that the trees would best be transplanted using Big Trees’ hand digging techniques and loader tractors to manage the weight of the trees and tricky maneuvering near underground utilities.

“We learned that the three trees we were being asked to dig and transplant were memorial trees for the man’s wife who he had lost to cancer a number of years earlier, and it became clear why these particular trees were important enough to warrant this kind of extra attention. There have been many situations over the years where our projects were more involved than they originally appeared to be. These memorial tree situations can get pretty emotional. Memorial trees situations come with all kinds of circumstances, and each one gets the full attention they deserve.” said Todd Holmes, Operations Manager of Big Trees.

Nancy Penrose is the owner of Big Trees Inc., located in Snohomish, WA in the Seattle area. The company is one of the largest tree nurseries in the Seattle area with over 120,000 trees available in over 300 varieties. They not only deliver young trees, but also mature trees in a wide range of sizes. Some types of trees available include spring flowering, deciduous, evergreen, and privacy trees. The company also does tree transplanting including large trees. Their blog can be seen at https://bigtreesupply.com/blog/ or https://arboristblog.com/. They can be reached at 360-563-2700.